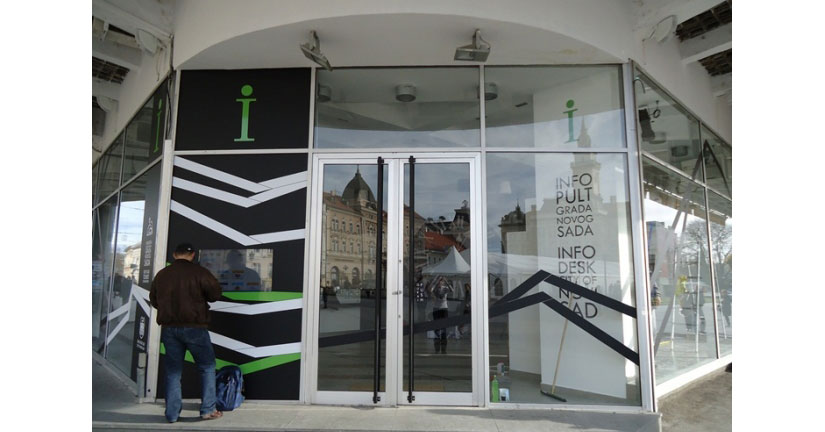 For the branch office of the Novi Sad Tourist Organization located in Modena street, Studio Berar brought the entire project and installation of last generation audio, video and lighting system.
Paying attention to the smallest details while projecting the system, our city’s showcase window is now bathing in a new light.

The windows lighting for both day and night as well as the painting, were provided from the Anolis pallet of products, who is a well renowned LED lighting manufacturer. These lights were used because of its low power consumption, and a wide range of colors. Illuminating exhibits are reinforced by the ETC zoom spotlights Source Four series, controlled by a four-channel dimmer.

Audio system is designed and installed in both interior and exterior of the premises, allowing everyone passing by to enjoy the superior sound. Placed inside the offices are the latest JBL speakers C62P and C65P/T, hanging from the ceiling, while the JBL CBT100LA are providing a uniform sound coverage due to their new Constant Beam Width technology. For external sound reinforcement we also applied the JBL speakers, model CRV, placed above each window, while taking care of the whole system has been entrusted to the CROWN XLS Series amplifiers with the integrated Drive Core DSP processors and dbx’s zone processor.

In the central part of the premises, hanging from the ceiling, a DLP video projector is placed in combination with a motorized projector screen that is lowered over the mural, a Petrovaradin fortress clock. Shop windows are decorated with a professional large format LCD screens on which using the video matrix is possible, showing various videos from several locations within the building.

All control systems and processors are pre-programed in accordance with the desired scenarios, which may facilitate the use of these technological systems. 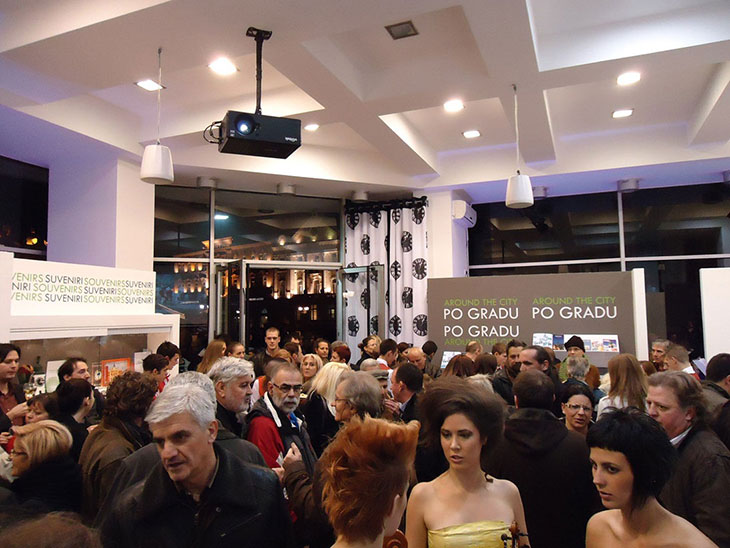 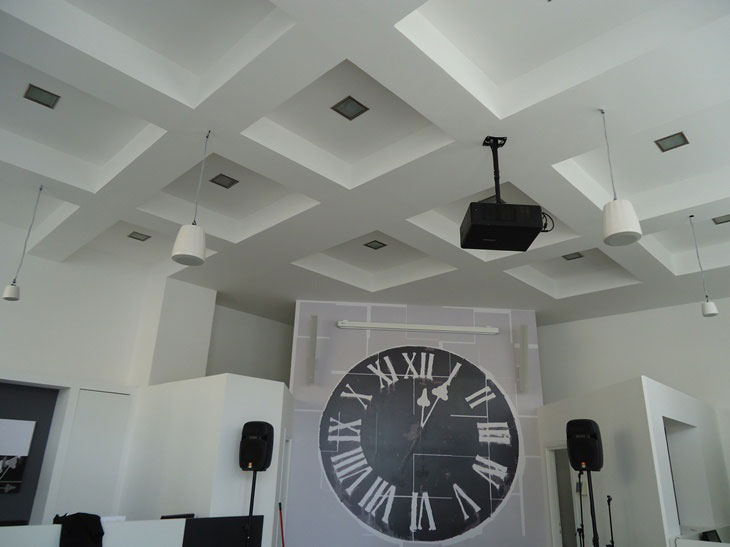