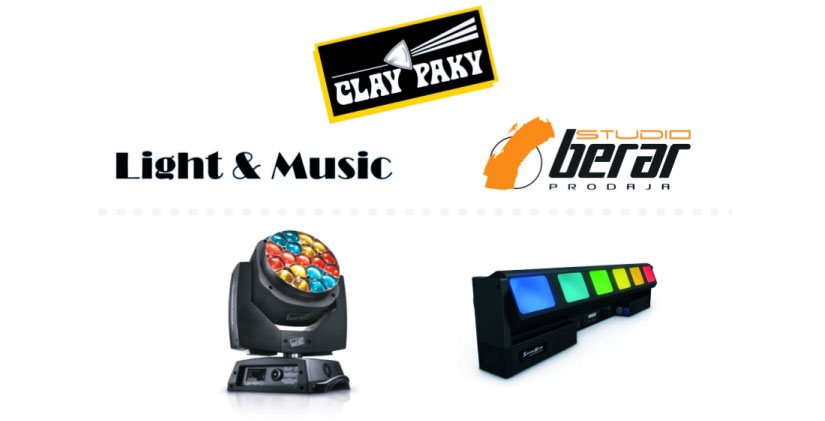 Light & Music has been equipped with 12 units of A.leda B-EYE K10 as well as 6 units of SharBar fixtures, provided by Studio Berar

Given that the SharBar is a new Clay Paky’s product, Light & Music is one of the first companies in the world which can benefit from the latest technologies that these devices bring.

Clay Paky SharBar is an advanced LED-wash which consists of six brand new OSRAM Ostar RGBW LEDs with an output of 30W. It is equipped with a motorized optical zoom with minimum beam angle of only 2 °. SharBar can be used to create sharp intensity effects to any surface, making it stand out among other comparable LED bars. In addition, each beam can be directed independently of the other, using a motorized system with double mirror.

Clay Paky A.Leda B-EYE K10 is a high-performance LED wash light as well as beam, with the spectacular visual effects. Due to its extraordinary quality, B-EYE K10 can wash any surface regardless of the distance. It is brighter than any other LED wash unit of the same power, thanks to a special optical unit with excellent brightness and power. The zoom range is from 4 to 60 °, which makes it the right choice for areas of low height (such as small stages or TV studios), where the wide angles are very useful, but can also be used in larger spaces.

Thanks to this project, the partnership between Studio Berar and Light & Sound companies has been strengthened, which means that we will continue to work together in creating a superior experience for end users of lighting, audio and video products.