Studio Berar is a distributor of Rocketsign brand for the Balkans

You are here:
LED ScreensNews

The renowned manufacturer of the Rocketsign LED displays is now present in the countries of the Balkan Peninsula, thanks to an agreement on cooperation with our company

Rocketsign is a manufacturer of LED screens from China, which sells their products to the western markets. Recently, Serbia, as well as the surrounding countries, has become one of them.

This company had its own plant for molding and production of LED screens, and the experience and knowledge they gained by working for other big brands, encouraged them to enter the market with their own products.

They started as Darklight, which has focused on OEM LED displays for years and thus gained the expertise and confidence of its customers.

In addition to the factory, Rocketsign prides itself on its research and development team, thanks to which it builds its reputation all over the world.

They offer screens for rental, fixed installations and retail needs, arranged in the following series:

The fact that Rocketsign is becoming an increasingly recognizable global brand is illustrated by their list of references.

Thanks to the newly-formed partnership between Rocketsign and Studio Berar, their high quality and high performance LED displays are now available on our market, as well as in the entire Balkans.
Balkana. 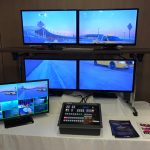 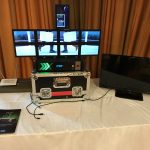 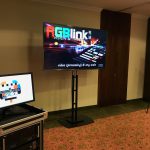