Equipment for conference rooms of Vojvodina’s Chamber of Commerce

You are here:
Conference systemsReferences 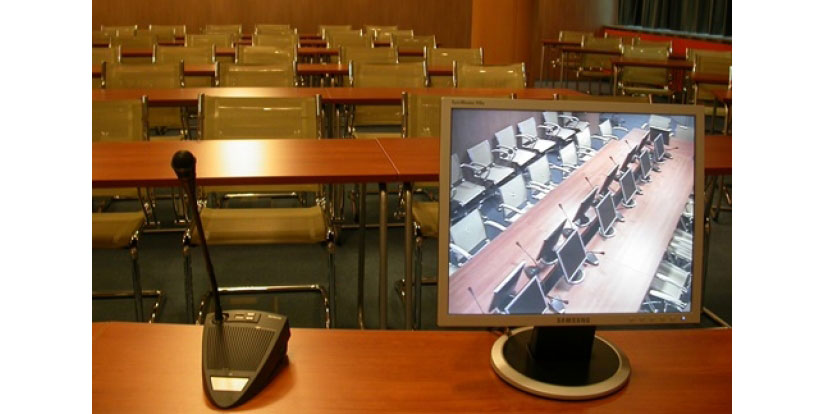 The conference room is designed for helding regional meetings, the other is for the realization of the meetings of the Presidency, and the third one is designed for multimedia presentations, in accordance with each of them are equipped.

The conference room is intended for organising regional meetings and has 4 seats at the head table and 60 seats in rows. In its structure, there is a control room with translator’s cabins and director. Given the purpose of the hall, there is audio-conferencing system with simultaneous translation and video distribution, as well as presentation system. One unit of the conference system is designed for booth and is associated with base terminal box which is connected to the central unit of the conferencing system.

The implemented system provides simultaneous translation of the current speaker in eight languages and their transfer to the participant with a wireless infrared system. Translation is taking place at the room with four built-in booths. Specific requirements include cabin acoustic processing, basic ventilation and air conditioning systems that can not produce noise levels, visual link with the room and the speaker, whether by direct optical connection through the glass window with acoustic treatment or by using a camera and video monitor in the cabins. In each booth it can be found translation desk, with two pairs of translation handsets with headsets and microphones. Translation consoles are connected to the central unit system – infrared transmitter that turns on two planned infrared radiators. They are arranged so that they may ensure equal coverage of the space filled with participants. The audio signal coming from a person who speaks is provided with a corresponding output audio processor. Participants are able to follow the simultaneous translation provided via IR receiver with headphones. Receivers can receive eight channels (translations + floor) and are powered by the built-in rechargeable battery. When not used, the receivers are disposed of in an appropriate case with built-in battery charger for a total of 50 sets, while the handsets are shipped into the appropriate boxes.

The audio system provides excellent audibility and intelligibility of speech content during meetings, conferences, debates, presentations, lectures etc. For these purposes, the hall is equipped with ceiling speaker system JBL C24CT  Micro which are arranged to provide a constant level of sound throughout the auditorium and controlled separately from the stereo system in the canvas. For the purposes of playing music and other supporting audio and video content are provided for stereo audio playback, with the left and right electric projection screens are speaker systems JBL Control 29AV.

For the purpose of presenting images, at the conference table are  installed four plasma displays with 42”  diagonals and with the appropriate distribution amplifiers, including two video projectors with light lux of 4000 ANSI Lumens, built under the ceiling at the hall. Projectors are positioned on metal girders, and are extremely quiet, thanks to which they do not interefere with helding conferences and congresses.

For the voice transmition at the conference the are two AKG WMS 4000 UHF wireless microphone systems with appropriate diveristy receivers, antenna distribution and passive omnidirectional antennas.

Archiving video recording presentation and transmission of images to monitor translation are performed by three PTZ dome cameras to a suitable video monitor and a set of technical directing. All cameras are mounted on the ceiling. Also, within this system, there are corresponding TFT video monitors in the booth.

The implemented system for conference meetings presidency with 28 participants is composed of a central unit that powers and controls the microphone-speaker units which are portable. One of the units is intended for a chairperson, with a special “Priority” key which may deactivate all remaining units and thus enable independent control of the remaining 27 delegate units. Each room has high-quality condenser microphones in a flexible extended neck (50 cm) with a glowing ring, integrated speakers and buttons to activate and deactivate the microphone. The units are connected in a chain of special system cable.

On the table next to the microphone working Presidency are also 17-inch TFT monitors for presentations that are played on the projection system via plasma display diagonal of 42 inches and a projector light flux of 4000 ANSI Lumens. Recording and archiving meetings also provided PTZ dome cameras (4 units).

After the installation, Studio Berar team has provided complete technical training of staff who will come into contact with the implemented solutions described in all rooms. 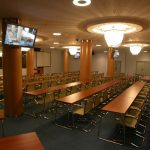 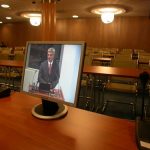 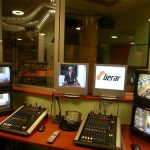 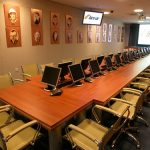 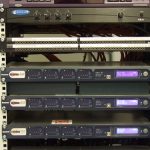 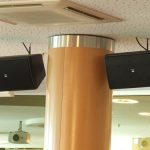